THE EFFECTS OF BULLYING

There is a strong link between bullying and suicide, as suggested by recent bullying-related suicides in the US and other countries. Below is only a small amount of stories to help you understand how Important it is We Take A Stand together against bullying. 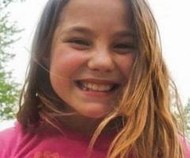 Ashlynn Conner was a classic, small-town, All-American girl - an honor roll student who loved cheerleading and stray cats and dreamed of becoming a veterinarian but at her school in Ridge Farm, Ill., Ashlynn's classmates taunted her for two years, teasing her for cutting her hair by calling her "pretty boy."  Even when she grew her hair back, the taunting continued.  And on November 10, she came home and told her mother school kids were calling her "a slut."  "She's like, I dont' even know what that is, "  "Ashlynn's mother, Stacy Conner, told NBC News.  And that may have been the trouble - apparently confused and feeling alone, Ashlynn took her own life by hanging herself from a knitted scarf on a clothing rod in her bedroom closet November 11.   That she was just 10 years old when she died sent shock waves through the community.  The tragic death put a new focus on the issue of school bullying, one that has now widened from high school to middle school to elementary school - Ashlynn was only three months into fifth grade when she ended her short life. 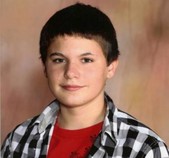 Buffalo, New York:
14-year-old Jamey Rodemeyer, who was bullied online with gay slurs for more than a year. The teen's parents, friends and even Lady Gaga, who was his idol, have expressed outrage about what they say was relentless torment on social networking websites. The Amherst Police Department's Special Victims Unit has said it will determine whether to charge some students with harassment, cyber-harassment or hate crimes. Police said three students in particular might have been involved. Jamey was a student at Heim Middle School. Jamey had just started his freshman year at Williamsville North High School. (Both Amherst and Williamsville are just outside Buffalo.) But the bullying had begun during middle school, according to his parents. He had told family and friends that he had endured hateful comments in school and online, mostly related to his sexual orientation. Jamey was found dead outside his home Sunday morning, but Amherst police would not release any details on how he killed himself.

Megan was an American teenager from Dardeene Prairie, Missouri, who committed sucide by hanging three weeks before her fourteenth birthday.  A year later, Meier's parents prompted an investigation into the matter and her suicide was attributed to cyber-bullying through the social networking website MySpace.  The mother of a friend of Meier, Lori Drew, was later indicted on the matter in 2008, but in 2009, soon after opening an account on MySpace, Meier received a message supposedly from a 16-year-old boy, Josh Evans, but actually sent by Lori Drew using a fabricated account.  Meier and "Josh' become became online friends, but never met in person or spoke.  Meier thought "Josh" was attractive.  Meier began to exchange messages with this person, and was described by family as having had her "spirits lifted".  This person claimed to have just moved to the nearby city of O'Fallon, was home schooled, and did not yet have a phone number.

On October 15, 2006, the tone of messages changed, with Drew saying (via the account) "I don't know if I want to be friends with you anymore because I've heard that you are not very nice to your friends".  Similar messages were sent; some of Megan's messages were shared with others; and bulletins were posted about her.  According to Meier's father, Ronald Meier, and a neighbor who had discussed the hoax with Drew, the last message sent by the Evans account read:  "Everybody in O'Fallon knows how you are.  You are a bad person and everybody  hates you.  Have a shitty rest of your life.  The world would be a better place without you.  Meier responded with a message reading "You're the kind of boy a girl would kill herself over."  The last few correspondences were made via AOL Instant Messenger instead of Myspace.  She was found 20 minutes later in her bedroom closet; Megan had hanged herself.  Despite attempts to revive her, she was pronounced dead the following day. 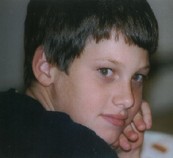 Ryan was an American schoolboy from Essex Junction, Vermont, who committed suicide at the age of 13 after being bullied from his classmates in real life and cyber-bullying online.
According to the Associated Press, Halligan was repeatedly sent instant messages from middle school classmates accusing him of being gay, and was "threatened, taunted and insulted incessantly". Ryan was talking to a girl online from school but later He found out that her friends and her thought it would be funny to make him think she liked him and to get him to say a lot of personal, embarrassing stuff. She copied and pasted there private IM exchanges into ones with her friends. They all had a good laugh at Ryan’s expense.

Having recently moved to the U.S. from Ireland,  Prince was taunted and bullied for several months by at least two groups of students at South Hadley High School, reportedly because of disputes with other girls over her brief relationships with their boyfriends, a senior high school football player and another male student. Her aunt allegedly warned school officials in August 2009, prior to Prince's enrollment at the school, to watch after Prince, as she was "susceptible" to bullying and was both bullied and a participant in bullying others in Ireland. On January 14, 2010, after a day of harassment and taunting, followed by a final incident in which a student threw a can at her from a passing car as she walked home from school, Prince committed suicide by hanging herself in the stairwell leading to the second floor of the family apartment. Her body was discovered by her 12-year-old sister. After her death, many crude comments about her were posted on her Facebook memorial page Nine Massachusetts teenagers have been charged in the "unrelenting" bullying of a 15-year-old girl who killed herself in January.

Bullies had been hounding high school freshman Teddy Molina for years, making fun of him for being mixed race and threatening to hurt or even kill him, his family says. The teasing from a group known as the “wolf pack” grew so bad that Molina wound up leaving his Corpus Christi, Texas, school last month. Then he took his life last week with a hunting rifle.  "We need to come together and we need to stop this, and we need to do it peacefully," his sister, 18-year-old senior Misa Molina, told msnbc.com.

Alexis Pilkington was a popular athlete, a well-liked star who had already landed a soccer scholarship to college. But none of that stopped the 17-year-old from becoming the target of nasty online comments. Suffolk County Police are investigating the vicious Facebook messages that were posted before and after the teenager committed suicide. The Alexis Pilkington Facebook nightmare didn’t end with the New York teen suicide. Even after her death, cyber-bullies continued to post harassing internet messages on her Facebook page that was intended to stand as a memorial to the popular teenage athlete.